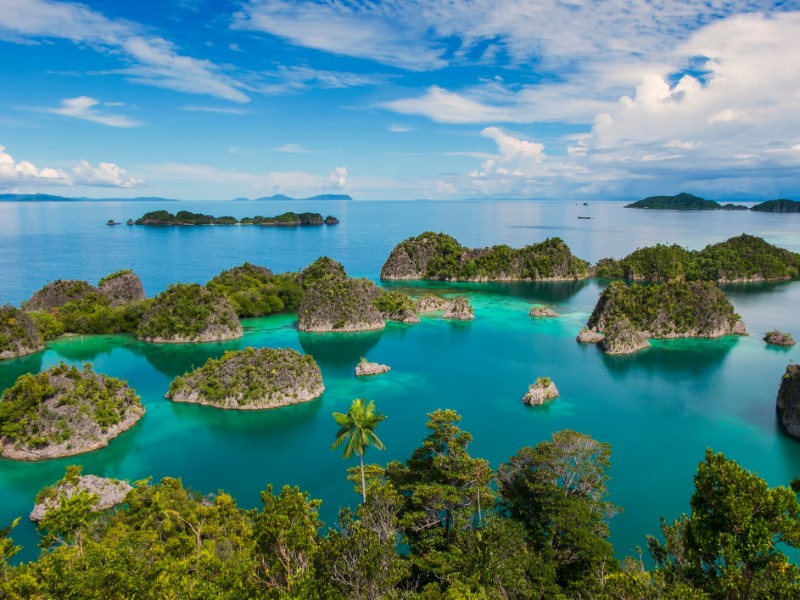 Indonesia is home to some 17,800 islands, more than anyone could possibly explore in a lifetime. They offer everything from pristine beaches and lush jungle to abundant and unique flora and fauna. To help you decide which to visit, these are just some of the dreamiest options.

Look out for our newsletters in your inbox soon. 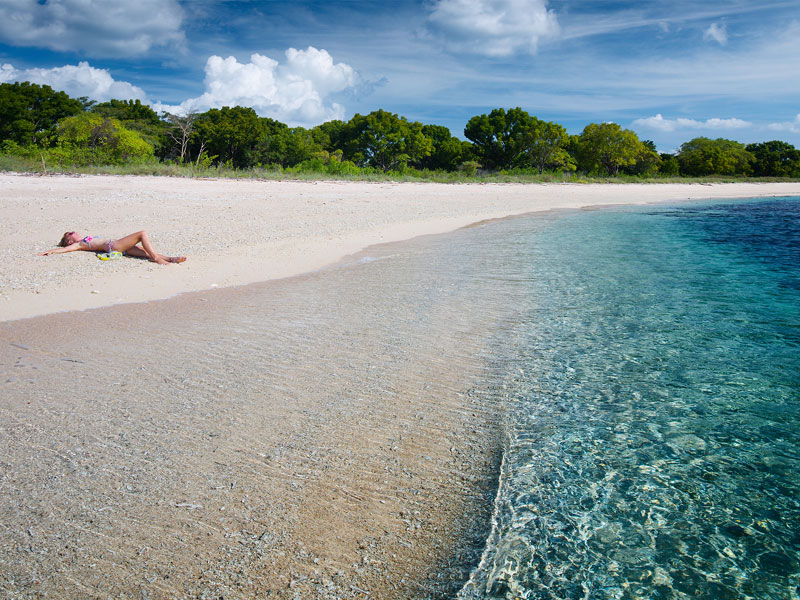 Bali offers the ultimate tropical paradise with pristine beaches, out-of-this-world snorkeling and diving, and lush jungle filled with monkeys, colorful birds and other wildlife. Stay in Ubud, the arts and culture hub to experience unique and beautiful traditional Balinese dance, explore ancient temples and more. No matter where you go you can expect mouthwatering cuisine, including fresh local seafood and roasted pork with stir-fried rice. 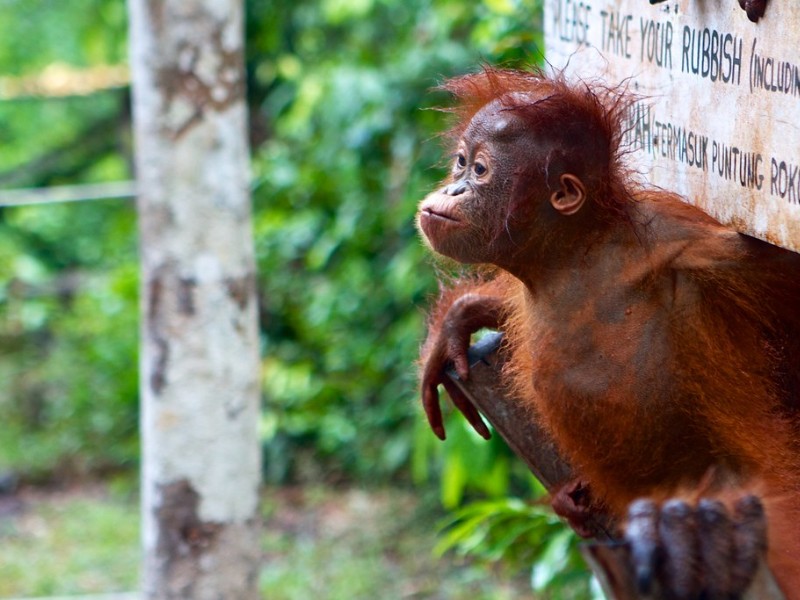 This island, the world’s third-largest non-continental island, is actually shared by Indonesia, Brunei and Malaysia. It’s renowned for its orangutans, drawing visitors from across the globe for the chance to observe them in the wild or through places like famous Camp Leakey. But you’ll also have the opportunity to watch other wildlife like the rare proboscis monkey, pygymy elephants and sea turtles. There are idyllic beaches framed by turquoise waters to enjoy, mountains to climb and caves to explore. 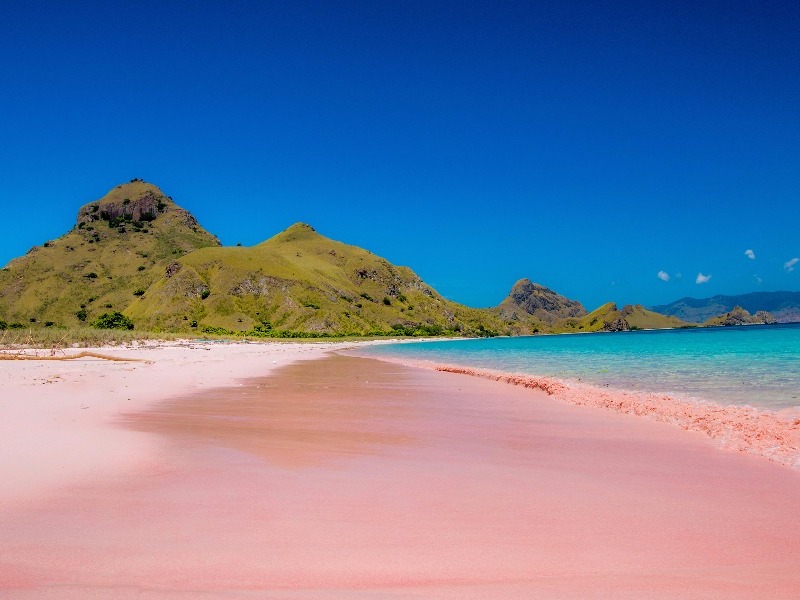 As its name belies, Komodo is the island that’s famous for the Komodo dragon, but you’ll find a lot more here too, including one of the world’s most stunning pink sand beaches that’s strikingly contrasted by brilliant blue waters. The beach is popular among divers and snorkelers with its calm, shallow waters filled with vibrant coral and colorful fish. Sailing and kayaking are popular here as well. 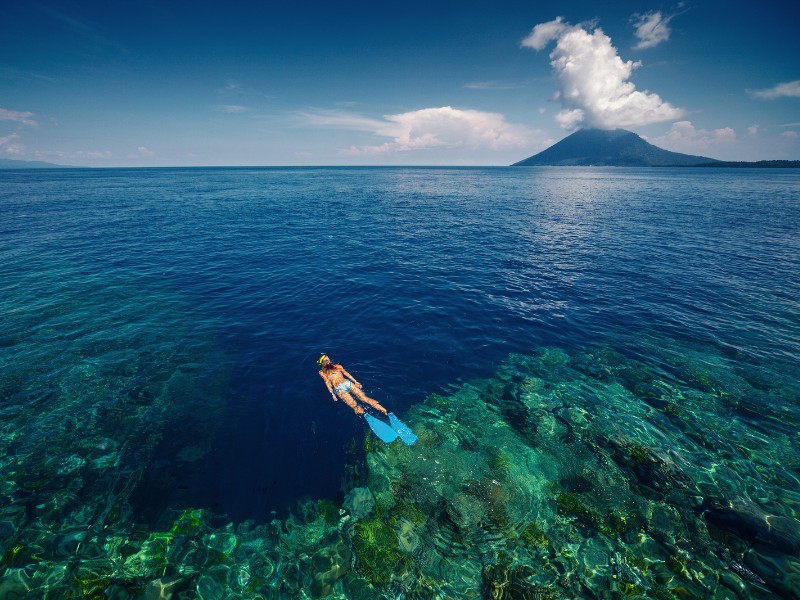 Bunaken is part of Bunaken National Marine Park, situated at the northern tip of the island of Sulawesi, attracting many to come for its outstanding diving opportunities, some of the best you’ll find on the entire planet. View incredible coral walls, countless sea turtles and kaleidoscopic reefs teeming with marine life. One of the best snorkeling spots in Southeast Asia, the waters are breathtakingly clear, so clear it’s actually transparent.

The Raja Ampat Islands in West Papua aren’t easy to reach but they’re some of Indonesia’s most enchanting isles, set atop a coral atoll covered with white sands while encircled by turquoise seas and reefs that are jam-packed with colorful fish and other marine life. It’s the perfect place to enjoy your days in tranquility at the beach, looking forward to the grande finale every evening with the sunsets here some of the most spectacular on Earth. 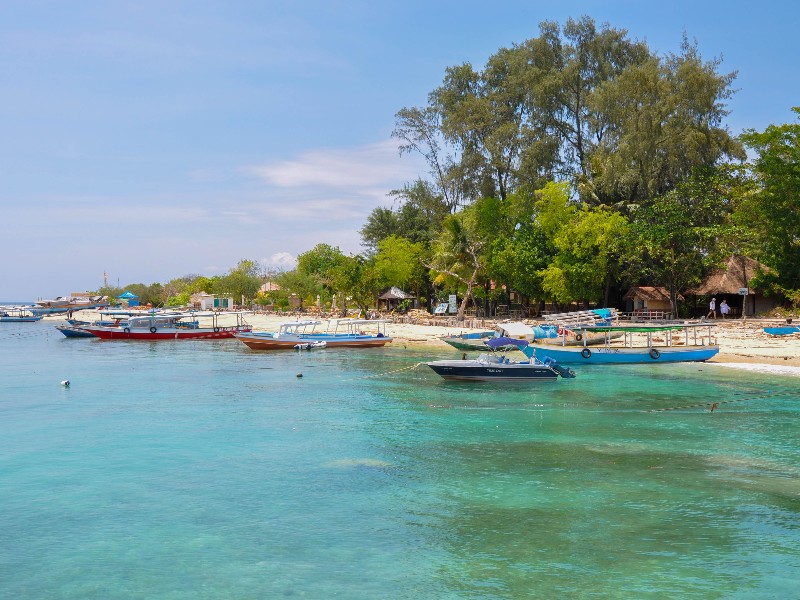 The Gili Islands are made up of just three little islands, Gili Air, Gili Meno and Gili Trawangan, located near the coast of northwest Lombok Island. All boast the quintessential sandy beaches with swaying palms and vibrant coral reefs just offshore. The smallest island, Gili Meno, offers a quiet, secluded stay and the chance to swim with sea turtles swim at Turtle Point. Off the shores of the largest, Gili Trawangan, you can dive into the crystal-clear blue waters to explore a sunken ship sits at Wreck Point and enjoy a more lively party atmosphere. 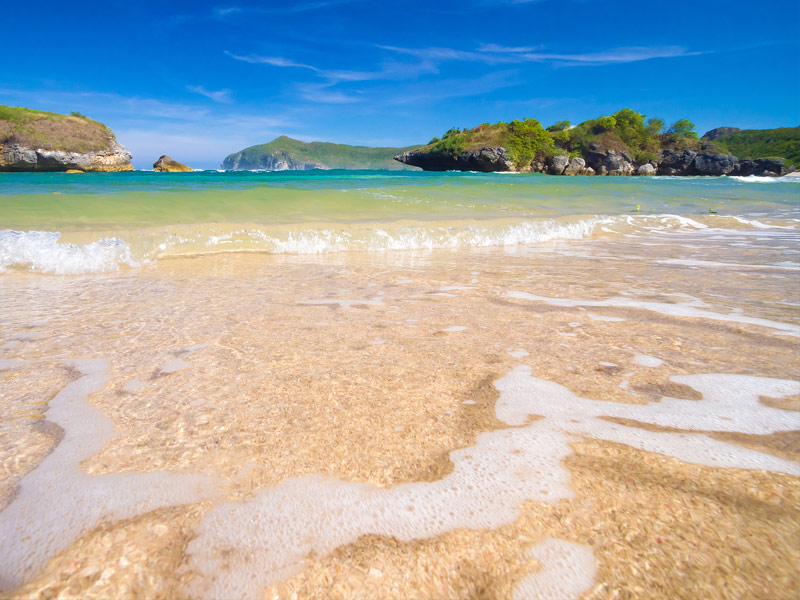 Sumbawa sits in the middle of the Lesser Sunda Islands chain, with Lombok to the west, Flores to the east and Sumba Island further out to the southeast. Like visiting two islands in one, it’s three times the size of Bali and offers a diverse array from flora and fauna, cultures, languages and geography, with the West and East significantly different from each other. It’s popular for surfing with outstanding breaks along the shore as well as for hiking, with the chance to climb the volcano that exploded with the single largest volcanic eruption in recorded history. 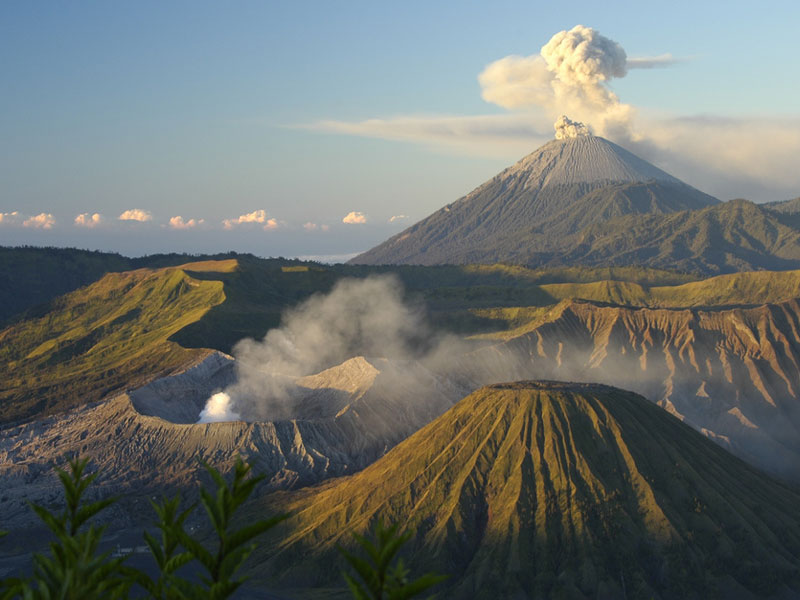 Volcano-dotted Java Island lies between Sumatra and Bali, the geographic and economic center of Indonesia. While it’s home to more than half its people, it feels more deserted than Bali. It’s made up almost entirely of volcanic rock, but only one-third of the volcanoes are currently active. While there are major cities like Jakarta, the nation’s capital, which hosts the National Museum and an alluring old town with Dutch colonial buildings along with upscale hotels and shopping malls, you’ll also find jungles, tea plantations and temples. 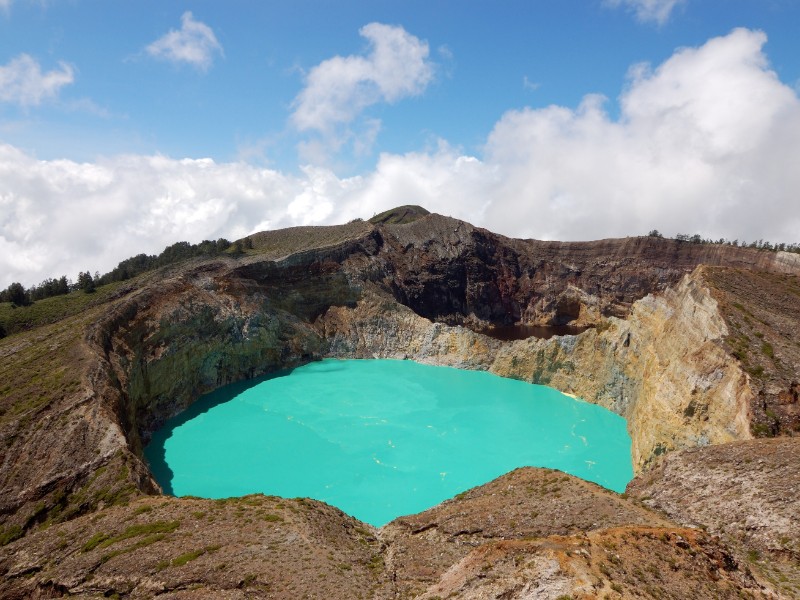 One of the Lesser Sunda islands, Flores or Portuguese for flowers, is best known as a gateway to Komodo Island but it offers plenty of scenic beauty on its own. The most fascinating attraction is its collection of crater lakes on Mount Kelimutu, which often change color due to its mineral and chemical concentrations. It’s also home to Pink Beach, another stunning stretch with pink-hued sands that are ideal for relaxing and enjoying the magnificent underwater world. 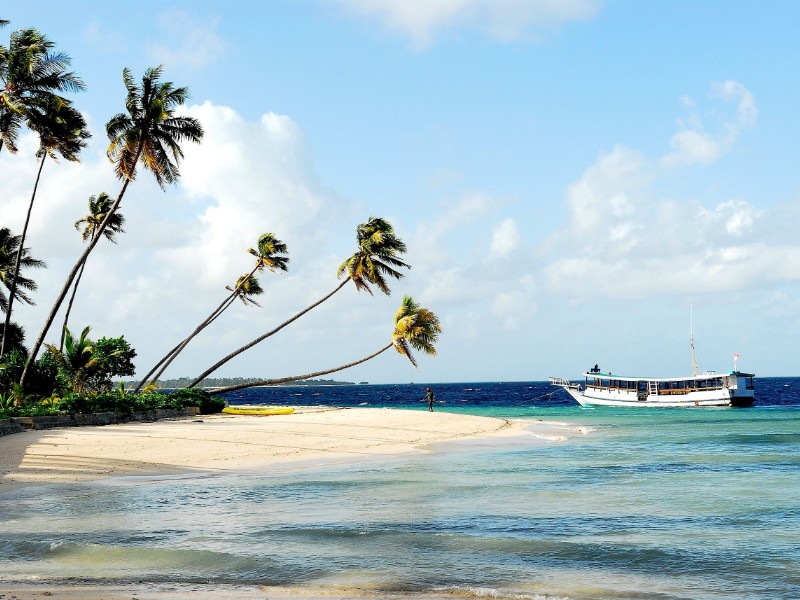 The Wakatobi Islands are made up of four islands, including Wangi-Wangi, Kaledupa, Tomia, and Binongko, renowned as some of the best spots for diving in Indonesia. They lie within Wakatobi National Park which was formed to preserve the wide diversity of marine life. Come to meet Bajo people known as the “People of the Ocean,” who’ve been living on the ocean for centuries, building their lives just offshore, using the reef and rocks as the foundations to their homes. 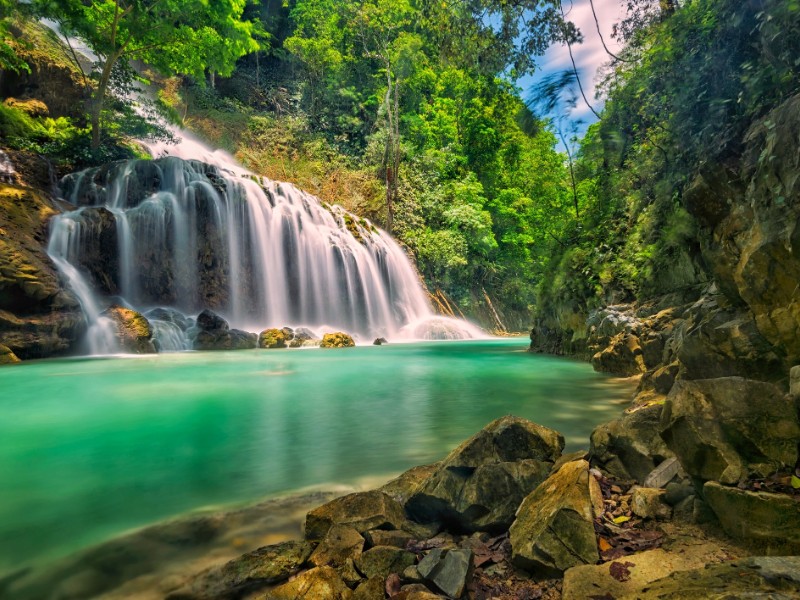 Less than an hour’s flight from Bali, Sumba is twice its size but only has a sixth of its population. It’s wild and remote, with no industry and little tourism to speak of other than just a handful of luxury resorts for travelers seeking to get away from it all. It boasts some of the most captivating beaches in Southeast Asia, while rice paddies frame the stunning turquoise waters. In the backdrop are jungle and mountains, while hilltop villages can be seen dotted throughout the countryside, complete with thatched clan houses that are clustered around megalithic tombs. It’s also a place where you can enjoy waterfalls where locals come to bathe, hike remote trails and ride wild horses.