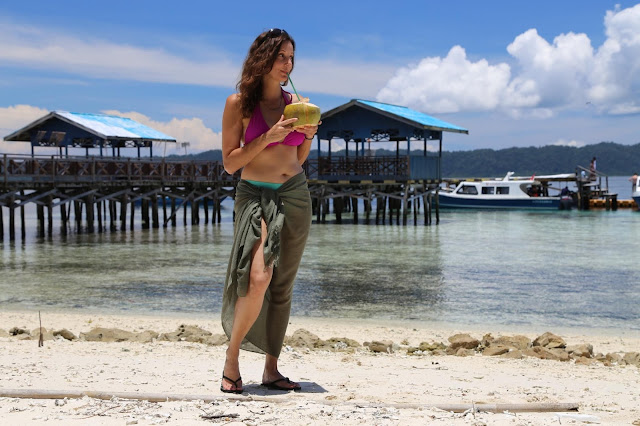 The East Indonesian province of

is famous for its attractive tourism potential, but has not been managed optimally to improve the welfare of the local community.

West Papua is well known for its many scenic landscapes, including Raja Ampat, Arfak mountains, and numerous waterfalls, which continue to attract local and foreign tourists.

Hence, the local Culture and Tourism Office is now making every effort to carry out tourism plans to optimize the management of its tourism potential.

West Papua Culture and Tourism Office Chief Yusak Wabia remarked, in the provincial city of Manokwari, that the tourism movement seeks to encourage community-based tourism development, in a bid to improve the welfare of local communities.

According to Wabia, community-based tourism development will involve the people so, in the future, they will have the ability to independently promote and manage tourism potentials in their respective regions.

Wabia said the development of tourism in Petrus Kafiar Beach will be done to multiply the alternatives for tourists who crave coastal attractions.

In the meantime, local Culture and Tourism Office Chief for Institutional and Community Section, Rozene Sanchia Patay, remarked that there has been a tourism group to develop Petrus Kafiar Beach.

One of the most scenic locations in the province of West Papua is the Meyah waterfall, nestled in the slopes of the mountain forest in Tambrauw District.

The rainbow and mist created by the waterfall draw numerous visitors, who are often taken aback by the commanding presence of the Meyah waterfall.

Visitors are mesmerized by the natural waterfall that delivers a sense of well-being, as the watercourse can support life around it as nature charts its course.

The province of West Papua is also home to the Tagor falls in Mambunibuni Village, Maredred falls in Sakartemin Village in Fakfak, and Meyah falls in Tambrauw.

However, due to the lack of promotion and publicity, many people are unaware of these waterfalls.

Hence, Abner Oni, a nature tour guide in Sorong, believes that the local government should promote and publicize effectively, similar to what it has done for other tourist attractions in West Papua.

The local government, however, has yet to organize and build tourism facilities around the waterfalls, which are one of the sources of local revenue.

According to Oni, the Meyah waterfalls have unique natural beauty, as it is situated in the heart of the jungle where visitors can enjoy the chirping of the birds of paradise.

Abner said he once drove a group of Chinese tourists to the Meyah waterfalls, and they greatly admired its natural beauty, along with the popular Raja Ampat and Arfak mountains.

Raja Ampat comprises four large islands and hundreds of dots and specks off the western corner of of Papua, the world’s second-largest island.

The islands are currently a preferred destination for divers interested in exploring the beauty of the underwater scenery.

Known as the most biodiverse marine habitat on earth, Raja Ampat in West Papua is an ideal destination for both local and foreign tourists to relax and unwind.

Visitors to Raja Ampat have the opportunity to witness a multitude of marine habitats and coral reefs in one glance, without having to swim a stroke.

Most visitors arrive in Raja Ampat through Sorong, a city on the far west coast of Papua, which has an airport, army barracks, and a karaoke bar called Happy Puppy.

In less than two hours from Sorong, visitors can reach Raja Ampat, where they can indulge in activities, such as swimming, diving, and snorkeling, or just relax.

Foreign tourists visiting Raja Ampat are enthralled by its beauty, found nowhere else in the world.

The success has been recognized both by the local authority and international community.

The island has succeeded in managing its conservation area since several parties, including the national and local governments, non-government organizations, research centers, and local people, have lent their support.

Arborek Island has been simultaneously managed as a conservation area and marine tourism destination.

Tourists visiting the island can experience the beautiful scenery, both on the surface and underwater. They can also explore the scenic village on the island and the ocean life.

Besides Raja Ampat, the Arfak mountains in Manokwari is also well-known for its tropical rain forests with endemic animals and plants.

For several years, the tropical rain forests in the Arfak Mountains have lured tourists from across the world for a close glimpse of the endemic flora and fauna in the region.

In light of this, the West Papua provincial government has been committed to developing the tourism sector in all regions in the province. (Antara)