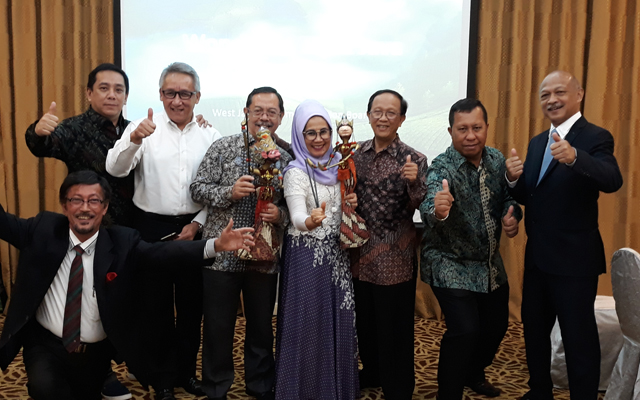 The West Java Tourism Promotion Board has opened a representative office in Singapore in a bid to attract more arrivals to Bandung and surrounding areas.

West Java TPB had a representative office in Kuala Lumpur, before deciding to set up in Singapore. With the new office, the board targets not only Singaporeans and expatriates living in the city, but also international visitors.

Cecep Rukmana, chairman of the West Java TPB, said at the opening of the office in Bugis: “Singapore is a hub for the region. A lot of travellers are coming here, so we need to capture that and attract these travellers to come to West Java.”

“It is especially important for us to start promoting here now as we are expecting a new airport to open in Majalengka (about 90 km from Bandung) next year, and we are expecting more direct services,” he said.

Speaking on the importance of funding for West Java TPB, Ida Hernida, head of the West Java Provincial Tourism Office, said: “West Java has a lot of tourist attractions and we need to get the message across to travellers.”

Herman Rukmanadi, a board member of the West Java TPB, added: “We assign our representative in Singapore to develop cooperation with the Singapore travel companies to create (extension) products, not only to Bandung but other parts of West Java.”

Mohamad Tahir Awi, director of Lifestyle Travellers Services, Singapore, who has been bringing golfers and other lifestyle travellers to West Java, opined that the office needs to come up with new products beyond Bandung and golfing, such as family-friendly experiences.