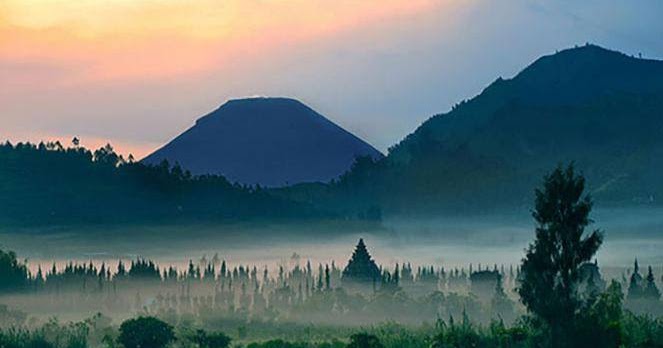 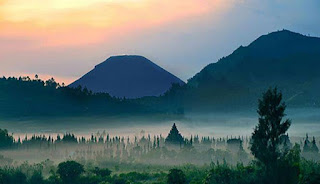 Indonesia is known as a tropical country and tend to be hot. But even so, there are also a number of areas that are very cold. Here are the 10 coldest towns in Indonesia. Amazingly, these towns are not only interesting because it stands in the cool Plateau, but also has incredible natural beauty that makes tourists should visit.

It is located at an elevation of 2,448 meters above sea level in the district of Puncak Jaya, Papua. No wonder if the normal temperature in Mulia around 15-20 degrees Celsius during the day, while at night the temperature reached 10 degrees Celsius. Although it was once known as a region of conflict, but now Mulia is already crowded in the visit of people. You will be able to see the beauty of nature when it comes to the plane passing through the sidelines of the mountains.

This area has a temperature of 10 degrees Celsius at night and in the daytime around 15 degrees Celsius and at a height of 2,200 meters above sea level. It is located in a small town in Deiyai Regency, Papua. This small town is really going to make you no longer feel the heat as in many big cities in Indonesia. The landscape is very beautiful and natural, but to reach Waghete is still quite difficult and require huge costs.

Wonosobo is located at a height of 2,000 meters above sea level and becomes the coldest town in Central Java, with a temperature of 18 degrees Celsius during the day and 13 degrees Celsius at night. The famous area is the Dieng Plateau, which is one of the major Tourist destinations. Although the remote areas in Central Java, but Wonosobo has an exotic landscape with some mountains, very interesting to visit.

Besides Ciwidey, Lembang also became one of the coldest town in Indonesia. A small town with the famous largest Observatory in Indonesia, Bosscha. It is located at a height of about 1,300 to 2,000 meters above sea level. Lembang has been known as a tourists area for a long time, with rural areas and unspoiled landscape such as Mount Tangkuban Perahu and Maribaya Waterfall.

It is located at a height of 1,300 meters above sea level,has the temperature reached 25 degrees Celsius during the day and 21 degrees Celsius at night. Interestingly, Brastagi flanked by two Volcanoes, Mount Sinabung and Sibayak, has a lot of attractions, ranging from nature tourism, cultural tourism and historical tourism. This small town is also known as a producer of the best fruit in North Sumatra, which could serve as a souvenir.

A district that became the Center of an Integrated Regional Economic Development in West Sulawesi is located in moutainous area with an altitude of 1,200 meters above sea level and the highest reaches 1,900 meters above sea level. Not only known as the plantations of cocoa and coffee as well as the location of breeding cows, horses, buffaloes and goats the best in Sulawesi, Mamasa also has several natural attractions and traditional villages.

This small town is a major Tourist destination in East Java. It is located at height of 1,200 meters above sea level, Batu has many interesting attractions to visit, ranging from the thermal baths in Cangar, the watterfall of Cuban Rondo and Cuban Sewu, Paragliding and Outbound up to an education tourism and agrotourism such as Jatim Park, Public Transportation Museum, animals Museum and Batu Secret Zoo.

One of the town in the district of Manggarai, Nusa Tenggara Timur is located at an altitude of 1,200 meters above sea level. The town does not only have the cold air, but also has a very beautiful view. You can see a view of the atmostphere of European-style buildings such as in Prague, as well as views of the green vast rice fields and a misty Mountains. There is also a charming Traditional Village, Compang Ruteng.

Located only about 44 kilometers from downtown Bandung, West Javaand at an altitude of 1,200 meters above sea level has become one of the favorite tourists attractions. This little town does have a natural charm that is very interesting, one of which is Kawah Putih is already known by tourists, but there is also a very vast tea plantations, Rancabali and the thermal baths, Cimanggu and Walini.

One of isolated district in Aceh, is located at an altitude of 1000 meters above sea level, but this area is known worldwide due the Gayo coffee is became one of the most delicious coffee beans from Indonesia. Gayo Lues also known as a producer of vegetables and fruits best in Aceh. Additionally, the natural attractions are also very interesting, such as the Hiking trail to Mount Leuser and the thermal baths in Putri Betung.