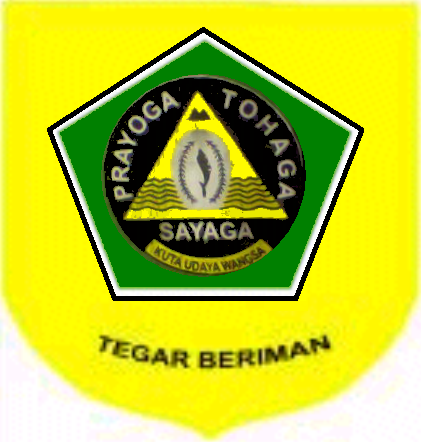 Bogor Regency is a regency in West Java province, Indonesia. The capital is Cibinong. The county is adjacent to Tangerang (Banten), Depok, Bekasi City and Bekasi District in the north, County Donegal in the east, Cianjur and Sukabumi district in the south, and Lebak (Banten) in the west. Bogor regency consists of 40 districts, which are further divided over a number of villages and wards. Central government in the District of Cibinong.

Bogor Regency generally consist of three regions and 40 districts. Sub-district was divided over a number of villages and wards. Bogor district government center is located in Bogor District, located in the northern city of Bogor.

Eastern District of Bogor is a favorite area development of residential areas in Jakarta today. The main reason is because it has opened a new route from Cibubur to Bandung through Gunung Putri and Cullinan. This path does not yet have an official name, while names are commonly used public is Alternative Way Cibubur-Cullinan.

Since the opening of the Alternative Way, a modern residential complex with a large scale soon emerge so that the price of land in this area became one of the most expensive in Bodetabek. The appearance of this residential complexes lead to very many people who have jobs in Bogor regency in Jakarta. One such resident is the sixth President of the Republic of Indonesia, Mr. Susilo Bambang Yudhoyono (SBY). He lived in the village of Cikeas, Gunung Putri District and worked at the Merdeka Palace

The northern part of the Bogor Regency is a lowland (valley Cisadane River and River, is the southern part of the mountains, with peaks: Mount Mist (1764 m), Gunung Salak (2211 m), and Mount Gede Pangrango (3018 m) which is the highest mountain both in West Java.

Bogor Regency traversed by the Jakarta-Bogor toll road-Ciawi (Jagorawi). This toll road is the main tourist route from Jakarta to Bandung. This path route Toll Road Jagorawi-Bandung-Puncak-Cianjur. Ciawi Line-Peak is one of the busiest holiday season, because the area is a vacation place in Jakarta and surrounding residents.

If the main tourist route is jammed, which usually happens on holidays, it can use an alternative route through Cibubur-Cullinan-Jonggol-Cariu-Cianjur, Bandung.

For rail transportation, there are lines KRL Jakarta-Bogor, where the path of this fire kerata continued to Sukabumi, Cianjur, and finally in Padalarang, this path together with the railway line from Highway which then would lead Bandung.

This park is located in Jonggol, Cullinan and is one of the centers of biodiversity conservation of tropical fruits in the world, especially the kind of superior fruits collected from all regions in Indonesia. In addition to preservation activities, was also investigated cultivation (agronomy), breeding (breeding) and seed multiplication and then disseminated to farmers and the general public.