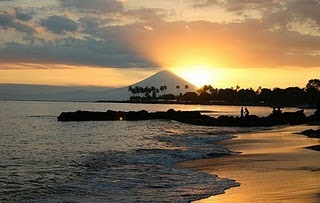 The beach at Gili Meno with Lombok in the distant background 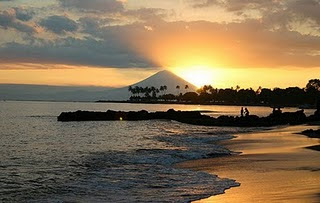 Indonesia has a well-preserved, natural ecosystem, such as rainforests that stretch over about 57% of Indonesia’s land (225 million acres) and about 2% of them are mangrove.One reason why the natural ecosystem in Indonesia is still well-preserved is because only 6,000 islands out of 17,000 are permanently inhabited. Forests on Sumatra and Java are examples of popular tourist destinations. Moreover, Indonesia has one of longest coastlines in the world, measuring 54,716 kilometres (33,999 mi), with a number of beaches and island resorts, such as those in southern Bali, Lombok, Bintan and Nias Island. However, most of the well-preserved beaches are those in more isolated and less developed areas, such as Karimunjawa, the Togian Islands, and the Banda Islands.

With more than 17,000 islands, Indonesia presents ample diving opportunities. Bunaken, at the northern tip of Sulawesi, claims to have seven times more genera of coral than Hawaii, and has more than 70% of all the known fish species of the Indo-Western Pacific. Moreover, there are over 3,500 species living in Indonesian waters, including sharks, dolphins, manta rays, turtles, morays, cuttlefish, octopus and scorpionfish, compared to 1,500 on the Great Barrier Reef and 600 in the Red Sea. Tulamben Bay in Bali boasts the wreck of the 120 metres (390 ft) U.S. Army commissioned transport vessel, the Liberty. Other popular dive sites on Bali are at Candidasa and Menjangan. Across the Badung Strait from Bali, there are several popular dive sites on Nusa Lembongan and Nusa Penida. Lombok’s three Gilis (Gili Air, Gili Meno and Gili Trawangan) are popular as is Bangka. Some of the most famous diving sites in Indonesia are also the most difficult to reach, with places like Biak off the coast of Papua and the Alor Archipelago among the popular, more remote, destinations for divers. 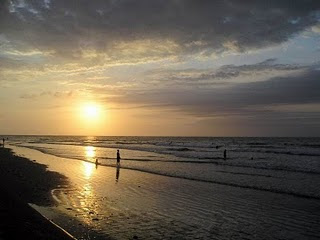 Surfing is also a popular water activity in Indonesia and the sites are recognised as world class. The well-known spots are mostly located on the southern, Indian Ocean side of Indonesia, for example, the large oceanic surf breaks on southern Java. However, the north coast does not receive the same surf from the Java Sea. Surf breaks can be found all the way along Sumatra, down to Nusa Tenggara, including Aceh, Bali, Banten, Java, Lombok, the Mentawai Islands, and Sumbawa. On Bali, there are about 33 surf spots, from West Bali to East Bali including four on the offshore island of Nusa Lembongan. Sumatra is the second island with the most number of surf spots, with 18 altogether. The common time for surfing is around May to September with the trade winds blowing from east to south-east. From October to April, winds tend to come from the west to north-west, so the east coast breaks get the offshore winds.

Two well-known surf breaks in Indonesia are the G-Land in the Bay of Grajagan, East Java, and Lagundri Bay at the southern end of Nias island. G-Land was first identified in 1972, when a surfer saw the break from the window of a plane. Since 6 to 8 foot (Hawaiian scale) waves were discovered by surfers at Lagundri Bay in 1975, the island has become famous for surfing worldwide. 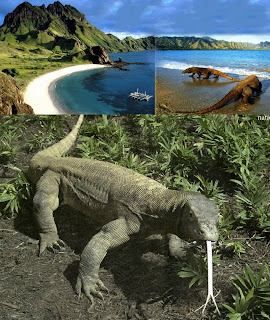 To be noticed, different national parks offer different biodiversity, as the natural habitat in Indonesia is divided into two areas by the Wallace line. The Wallacea biogeographical distinction means the western part of Indonesia (Sumatra, Java, Kalimantan) have the same flora and fauna characteristics as the Asian continent, whilst the remaining eastern part of Indonesia has similarity with the Australian continent.

Many native species such as Sumatran elephants, Sumatran tigers, Sumatran rhinoceros, Javan rhinoceros and Orangutans are listed as endangered or critically endangered, and the remaining populations are found in national parks and other conservation areas. Orangutans can be visited in the Bukit Lawang conservation area. The world’s largest flower, rafflesia arnoldi, and the tallest flower, titan arum, can be found in Sumatra.

The east side of the Wallacea line offers the most remarkable, rarest, and exotic animals on earth. Birds of Paradise, locally known as cenderawaish, are plumed birds that can be found among other fauna in Papua New Guinea. The largest bird in Papua is the flightless cassowary. One species of lizard, the Komodo dragon can easily be found on Komodo, located in the Nusa Tenggara lesser islands region. Besides Komodo island, this endangered species can also be found on the islands of Rintja, Padar and Flores. 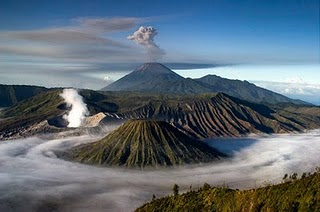 Hiking and camping in the mountains are popular adventure activities. Some mountains contain ridge rivers, offering rafting activity. Though volcanic mountains can be dangerous, they have become major tourist destinations. Popular active volcanoes are the 2,329-metre (7,641 ft) high Mount Bromo in the East Java province with its little desert, the upturned boat shaped Tangkuban Perahu on the outskirts of Bandung, the most active volcano in Java, Mount Merapi and the legendary Krakatau with its new caldera known as anak krakatau (the child of Krakatau). Puncak Jaya in the Lorentz National Park, the highest mountain in Indonesia and the only mountain with ice caps, offers the opportunity of rock climbing. In Sumatra, there are the remains of a supervolcano eruption that have created the landscape of Lake Toba close to Medan in North Sumatra.